This ‘lead’ thing is getting serious! Now the focus is on lead-tainted water in schools.

Maybe none of this would have come to light at almost the same time if there hadn’t been the screw-up in Flint Michigan surrounding high levels of lead in their drinking water.

While the Flint problem was caused by a bad decision and ineptness of their city leaders, other places around the country are finding they have problems because their water delivery infrastructure is so old.

Schools, where are children spend most of their day, are becoming a major focus of concern. Many are so old that their pipes and faucets probably contain some level of lead—which could be leaching into the water as it pass through.

Here’s an article from Mother Jones that highlights the problem found in several older cities in the Northeast part of the U.S.

If you are concerned about the possibility of lead in your drinking water, you should have it tested. We can help you with that at DrinkingWaterSpecialists.com 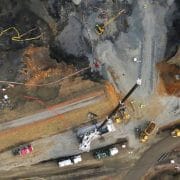 The eight-glass myth: We don’t really need to be drinking all that water

‘When you get a drink of water out of the tap, you expect certain things’

Could Your City Water Department be Hiding Something From You?

Water Pollution: Is the Head of the EPA Helping or Hurting?
0 replies

How Does Lead End up in Your Tap Water?The Shocking Truth About City Water
Scroll to top