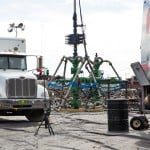 The Hydraulic Fracturing Research Advisory Panel, a unit of the EPA’s Science Advisory Board (SAB), published a report on January 7th calling out the EPA for not following a fundamental scientific protocol for a project that could adversely affect the drinking water in that area over time because…

They do not require baseline testing before a fracking begins.

That means they can cannot, with some level of certainty, say down the road that contaminants found in drinking water in that area are very likely caused by fracking.

That’s why we have been advocating for a long time that well owners in these areas do their own baseline testing followed by annual testing. That gives them the information they need to monitor the safety of their water and take specific corrective action if necessary. This normally means installing the appropriate treatment system to correct the problem.

While the EPA was remiss, according the scientists, we believe that well owners should be taking action on their own in any event.

We decided several years ago to offer a very affordable and very comprehensive drinking water test so that well owners can perform their own baseline testing regimen. Today, that test targets about 170 contaminants including:

We call this test the ‘Bang-for-the-Buck’ Essential Indicators Water Test. We made it very affordable—less than $150 for each test.

We made it very reasonable because we want well owners to take control and manage the quality of their water. Even in areas where there is not a fracking operation, well owners need to periodically test their water. That’s because if they don’t, no one else is doing it for them.

You can learn more about our water test by going to our web site. Here’s the link: ‘Bang-for-the-Buck’ Essential Indicators Water Test