You are here: Home1 / DWS Water Tests
Deprecated: strripos(): Non-string needles will be interpreted as strings in the future. Use an explicit chr() call to preserve the current behavior in /home/beekster/public_html/wp-content/plugins/s3_video_player_plus/app/Vpp_Base.php on line 0

The DWS Water Tests include all of the parameters tested for in the ‘Bang-for-the-Buck’ Essential Indicators Water Test plus testing for pesticides & PCBs.

The pesticides are those that were banned several decades ago. If you live in an area where they may have been used at one time, you may want to get this test to make sure they are not present in your water.

The PCBs, polychlorinated biphenyl, were widely used as dielectric and coolant fluids in electrical apparatus, cutting fluids for machining operations, carbonless copy paper and in heat transfer fluids. Because PCBs are toxic to the environment, PCB production was banned in the U.S. in 1979. The International Research Agency on Cancer (IRAC), labeled PCBs as definite carcinogens in humans. According to the U.S. Environmental Protection Agency (EPA), PCBs cause cancer in animals and are probable human carcinogens. Many rivers and buildings including schools, parks, and other sites are contaminated with PCBs, and there have been contaminations of food supplies with the toxins. 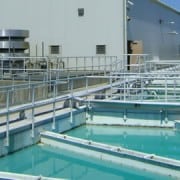