You are here: Home1 / Blog2 / Well Maintenance3 / The eight-glass myth: We don’t really need to be drinking all that wat... 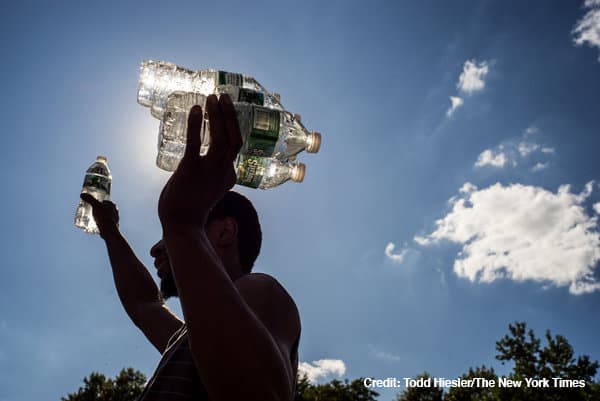 We’ve heard the mantra since we were kids—”Drink 8 glasses of water a day”.

But, maybe that’s not true based on actual science according to a column in the New York Times written by Aaron Carroll, a professor of pediatrics at Indiana University School of Medicine.

According to Mr. Carroll, “Many people believe that the source of this myth was a 1945 Food and Nutrition Board recommendation that said people need about 2.5 liters of water a day. But they ignored the sentence that followed closely behind. It read, ‘Most of this quantity is contained in prepared foods.’ “

The amount of water an individual needs is related to what they eat (since many foods such as fruits and vegetables contain water), where they live, their size, and what they are doing. In fact, drinking too much water can lead to serious health issues.

Of course drinking water is healthier than drinking sugar-based drinks such a soda and fruit juice and less of a problem on your system for many than drinking milk. But, in a related article by Rebecca Tucker in the National Post, a Canadian online newspaper, she says, “there is actually no scientific evidence supporting the notion that increased water intake leads to greater overall health in any regard. Water is just another thing we need, like adequate rest and sufficient calories. Everything in moderation, as it were.”

To read the original article by Aaron Carroll, click here.

To read the article by Rebecca Tucker, click here.

Could Your City Water Department be Hiding Something From You?

Water Pollution: Is the Head of the EPA Helping or Hurting?

‘When you get a drink of water out of the tap, you expect certain things’
0 replies